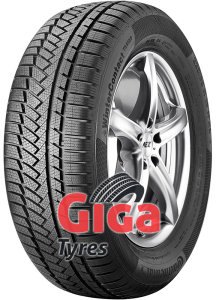 We only supply the tyre. If there is a rim shown in the picture, it is for display purposes only. 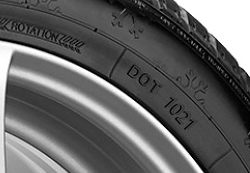 Five percent improvement in handling on snow
The design factor with the biggest influence on safety and driving pleasure on snow-covered roads concerns the inner shoulder of winter tires. In this respect, compared to its predecessor, the new winter tire from Continental benefits from higher angles and closer spacing of the sipes. Also, the development engineers have managed to fit more tread blocks on the surface of the tread, leading to a substantial increase in the number of lateral edges. The sipes in the center of the tread and on the inside of the tire can take up more snow and translate it into friction, making for greater adhesion. As a result, the new premium winter tire shows a five percent improvement in handling on snow.

Two percent improvement in handling on dry roads
The dry handling characteristics of winter tires are strongly influenced by the stiffness of the tread. To improve this characteristic when working with asymmetrical tread patterns, the tire developers focus primarily on the outer shoulder of the tire. The sipes in the tread blocks on the outside of the tire are designed in such a way that they increase the stiffness of the blocks. This enables steering commands to be carried out with even greater precision when cornering at speed. At the same time the sipes and blocks on the inside and center of the tread also support each other to generate a further increase in grip. Another trick from the development engineers’ toolbox is the use of a shorter sidewall that supports the rapid build-up of lateral forces.

Up to five percent improvement in braking
With asymmetrical tread patterns, generating the required grip under braking is the job of the center section of the contact patch. In pursuit of particularly rapid deceleration, the tire developers have borrowed a thing or two from summer tires: The center of the tread features an interrupted band structure that prevents the tread blocks from tipping, so that the high forces encountered when braking can be effectively put down onto wet or dry roads. When cornering, the flexibility of the blocks makes for a larger road contact patch, so that high reserves of grip are available when braking during cornering too. Depending on whether the roads are wet or dry, stopping distances are reduced by up to five percent.

SUV version – strong performance on gravel too
The Continental WinterContact TS 850 P SUV has been equipped with bigger tread blocks to help prevent stones being picked up when driving on gravel tracks. At the same time, the carcass is designed in such a way that it can readily cope with the weight of the heavier SUVs and effectively transfer the high forces encountered during braking, cornering and accelerating.

Product range for 16- to 20-inch rims
The product range for production startup this summer is designed to offer a good selection from the outset for more powerful and sporty vehicles. Continental will offer the WinterContact TS 850 P for 16- to 20-inch rims and in widths ranging from 205 to 275 millimeters. These tires will be approved for speeds of up to a dynamic 270 km/h.

Unlike conventional tires, the SSR principle is based on a reinforced self-supporting sidewall. This prevents the inside of the tire from getting pinched between the road and the rim and from slipping into the rim well in the event of a loss of inflation. The SSR's reinforced sidewall enables the car to continue on its way at a maximum speed of 80 km/h (50 mph) for up to 80 km (50 miles), depending on road conditions and vehicle weight.

Communication between tire and driver

Because of the good riding comfort SSR tires afford, drivers hardly notice any pressure loss in the event of a flat, to increase both safety in the event of a flat and performance during normal driving, the SSR system is supplied together with an inflation warning system – either TPMS (Tire Pressure Monitoring System) or DDS (Deflation Detection System), both of which were likewise developed by Continental. These warning systems alert the driver when a drop in inflation pressure requires investigation via a display on the instrument panel. 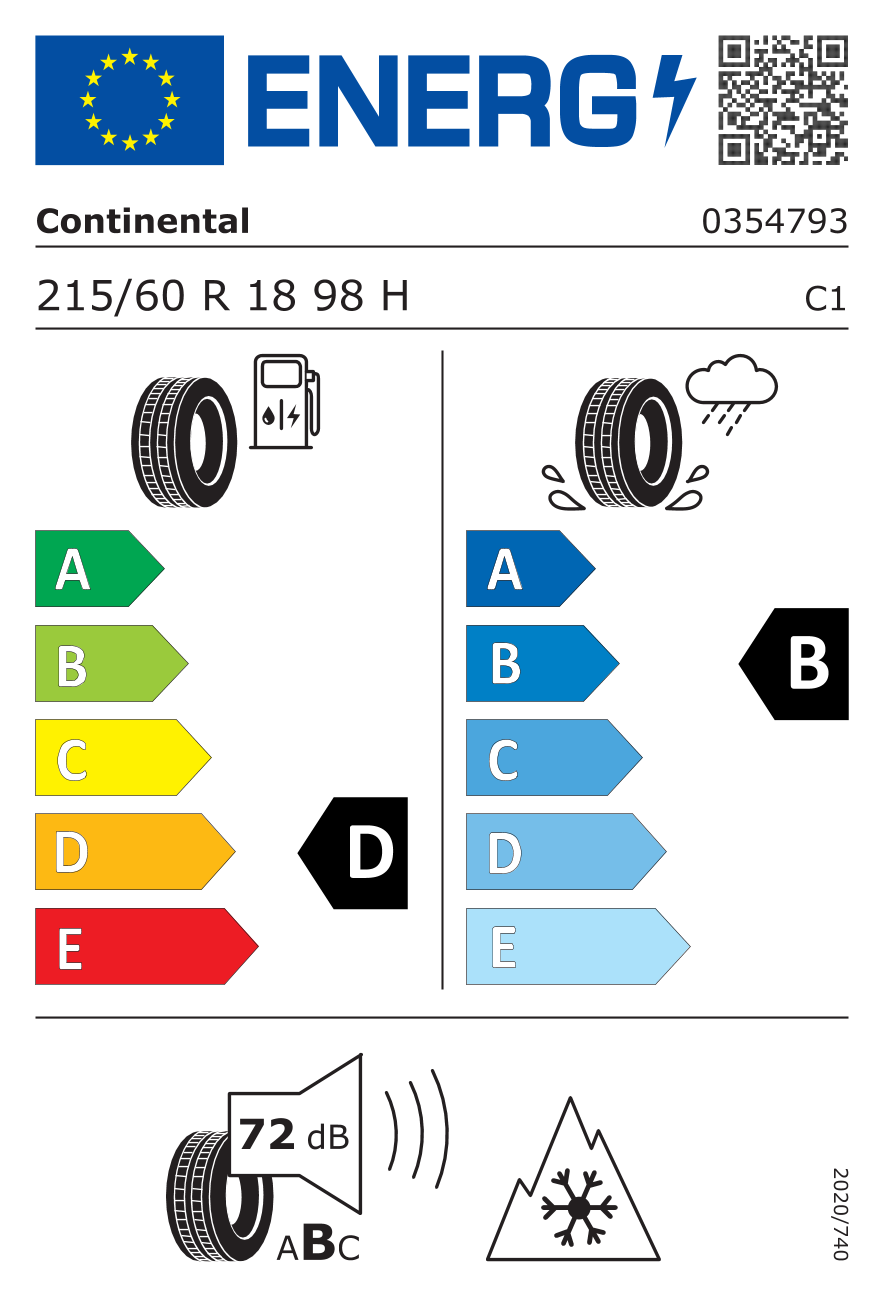 Three different areas are tested: rolling resistance, wet grip and the rolling noise the tyre makes on the road.

The following are not affected by the EU Tyre Label: retreaded tyres, professional off-road tyres, racing tyres, tyres with additional devices to improve traction such as spiked tyres, T-type emergency tyres, special tyres for fitting to vehicles first registered before 1 October 1990, tyres with a maximum authorised speed of 80 km/h, tyres for rims with a nominal diameter of 254 mm or less or 635 mm or more.

With this regulation, the European Union is pursuing the goal of promoting economic and ecological efficiency in road traffic as well as increasing road safety on the one hand, and on the other hand, granting consumers more product transparency and at the same time serving as an active decision-making aid.

Already during the incorporation, experts criticise the fact that the EU Tyre Label unfortunately only shows a few product characteristics. Apart from rolling resistance, wet grip and rolling noise, which are the main focus of EU tyre labelling, tyres have much more important and safety-relevant product characteristics, such as aquaplaning properties, driving stability, service life, braking properties on dry and wet roads, behaviour in wintry conditions, etc.

Tyre manufacturers point out that test results from various institutions and journals remain an important information medium for the end consumer. These tests usually focus on further safety-relevant product characteristics besides the EU standard qualifications for tyre labelling, which are always important for the final customer.

View more reviews
* The list prices, if available, are a net calculation basis for determining sales prices between tire manufacturers and their dealers. In no case are the selling prices paid or usually paid.
**Prices include VAT and delivery within mainland UK (excl. Scottish Highlands).
***More than 90% of our orders reach the customer in the specified delivery time.
Return to search results
Fast delivery Buyer protection Privacy Secure payment with SSL encryption
Payment Methods